I send in onnne little image to one of my favorite Dodger blogs Vin Scully is my homeboy and all of a suuudden I'm accused of trolling forums and posting on message boards. I've never even thought of what user name I would have (EtchohuaquilaPark78) or nothing.  But I am always thinking up dumb retorts and smack to talk (back) that are best expressed through my photoshop skills. Usually they stay in my brain, this one actually made it to out.  It was well received.... bad news. That is all the encourgement I need to continue on my 2011 campaign to further pollute the interwebs with horrible hackneyed animated gifs & "shops."  Some folks (three) found it offensive, having anticipated this con-TRA-ver-sy I made a radio friendly edit.
I still think the original version is more impactful and in the tradition of parking lot bootlegs I'm accustomed to.  I'm from the school of Calvin Hobbs pissing, little English hooligan kid flippin the bird and overall placing  a prefix/suffix of the suck or f*ck variety next to whatever team we're up against. It's comforting to me.  But I understand.  Like I wouldn't send my Dad the first one, but maybe the second one. 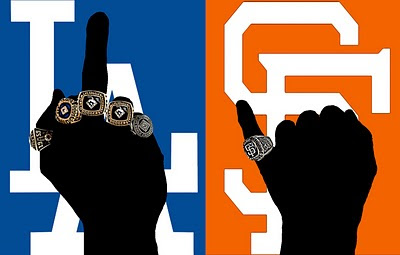 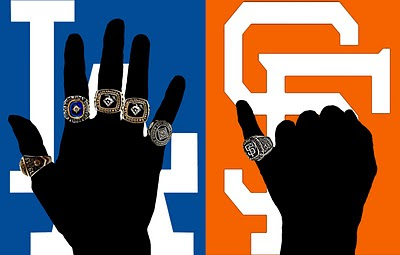 This is just a reminder.  Giants fans have always been stank, and that was before they even won ANYTHING.  So you can only imagine now.  FOH with your banner flying over our stadium.
Get hummmm-ble baby.
Let's revisit some of my old work.... (this should be animated)

And the crowd favorite and hilarious Apocalypto Chente... 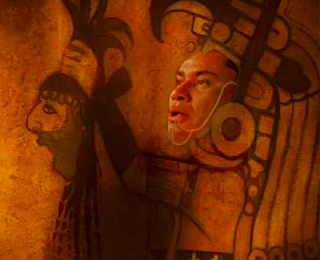 I need to get cracking on my .psd catalog.
Opening day!!!
So excited.
Posted by MITSY at 2:37 PM 2 comments:

KNOW NOW that if we play Words with Friends you're in for some deep shiiiit.  And I'm not boasting about the level of my gameplay but actual deep-lifes important decisions- type shit.    So don't engage unless you're ready for some in-game sideline WORDS with your friend Mitsy.  I didn't capture the rest of this chat, but it concluded with some cruise control reassuring from my friend.  "You'll adapt (really?)/ "you'd be a good Mom" ( I guess I do have birds?)   She doesn't know these are just my general concerns about child REARING, it'll take me a few rematches to voice my fears about "some dude jacking me and his sperm growing in my stomach" as Lizard Lemon put it.
Note: I have no WORDS etiquette according to one A. Merriweather so be warned. I'll lock up the board with nonsense, blitz, sidebust, cock block and roll- all that, believe it.  Turn off your notifications cause I be on some late night word formulation.
Step to, step to....
Username: Murky_Dismal

Made these corn dog cake pops for my best friend's (girl- childhood to ∞  category) birthday.  She loves corn dogs and is a corn dog.  These are "inside peanut butter outside jellllly" no they're not.  I just wanted to quote  Cadillac Don. They're actually chocolate innards, peanut butter shell with vanilla yellow candy melt "squiggle". 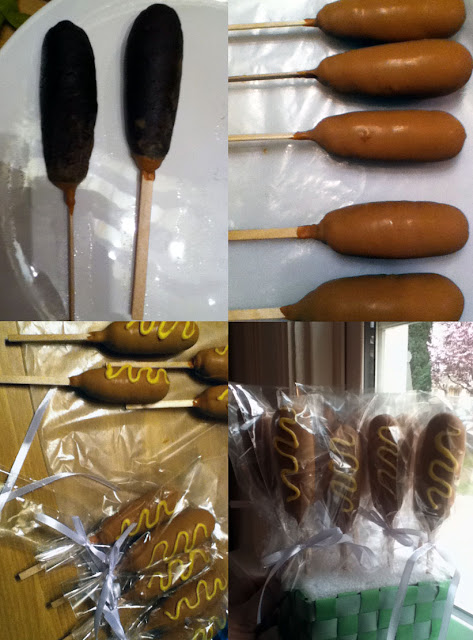 I also made her some sugah Wu-kies from my own cookie cutter. 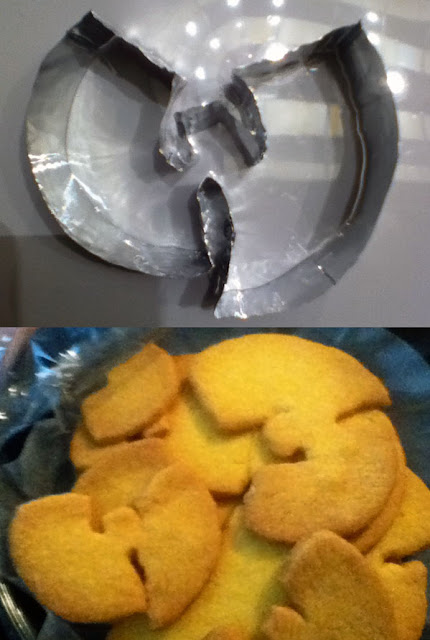 ANNNND the other day was my friend Nancy ah- ah- Ahn's birthday. 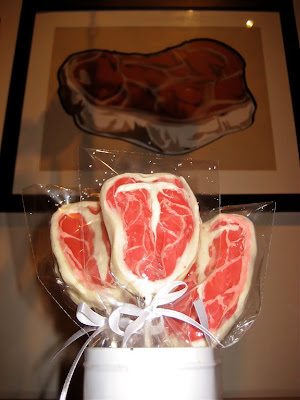 Made these along with Melanie, my best friend (girl, high school- ∞ category) when she came to visit for CraftCamp spring 2011.  Hope you enjoyed the musical component of this post. :) 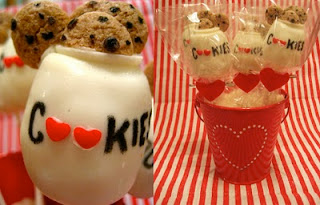 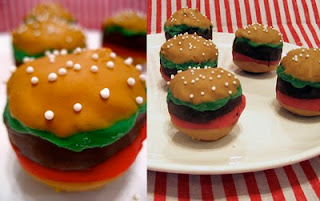