SORRY YOU COULDN'T MAKE IT 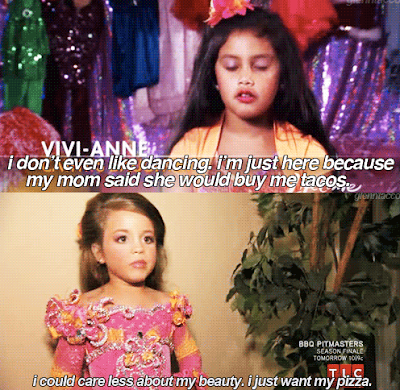 Maybe I'd start going to my show receptions if there was tacos or pizza at the end of the stick. I need incentives. Critique and rubbing dry elbows does not entice. Needless to say I did not attend because I'm a jerk. I'm sorry, I'm sorry. Maybe you didn't either and in that case I'm NOT sorry. Thankfully Rhinomilk via Arrested Motion did a little show coverage, click the image to link on over. 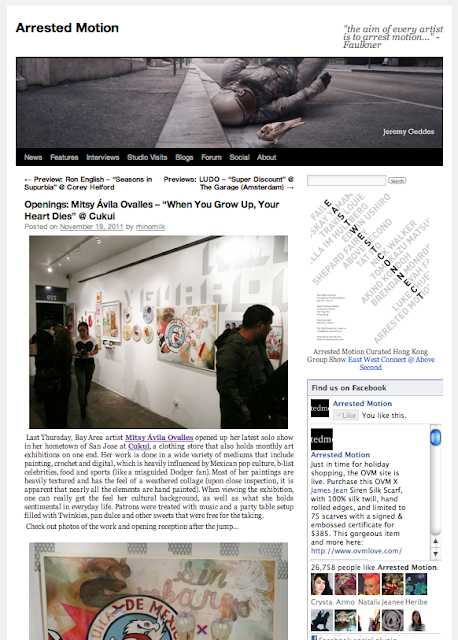 There's some stuff they didn't witness. Liiiiike El Tacobike showed up later that night- I really really need to finish up that bike. And there was a piece missing that night because I ran out of gas (not literally). But it's up now in the gallery and pictured below. I also threw in some filtered images I pulled off the INSTAGRAtuitous of cultofbeauty, chatos1013 & astrogirl.

Cool. Well, its up until the 9th of December. Thanks to all those that showed they face and made my Mom and Tia's night. They love you and your interest in OUR work. :) Special thanks to my loves in life that deal with my bullshit (whack hours, favors, errands, shitty attitude) and general weirdness. I love you countless.  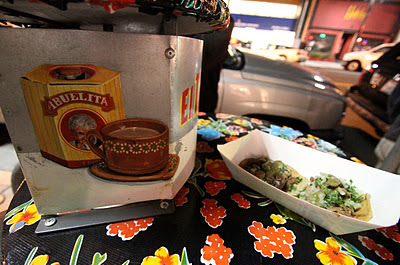 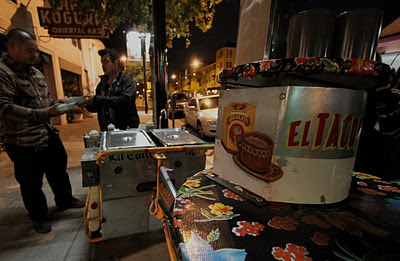 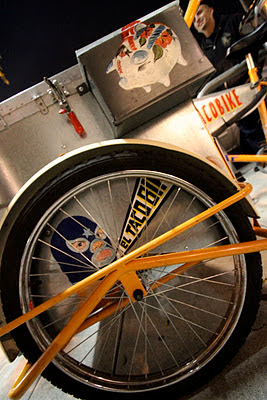 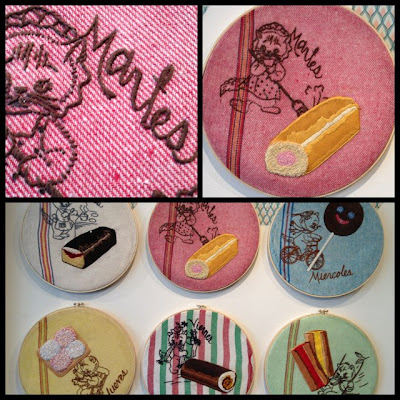 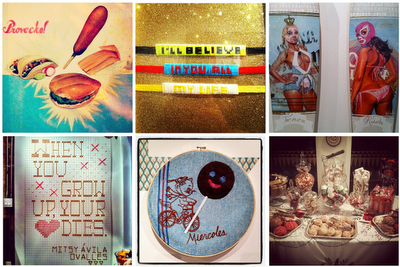 ADDENDUM:  Cukui did up this shirt of my Cria Cuervos print.  I guess it's sold out now but it came out real cute. 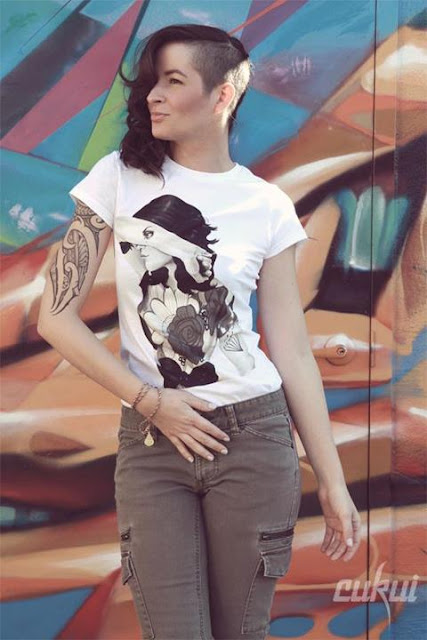 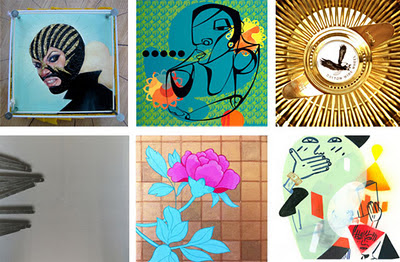 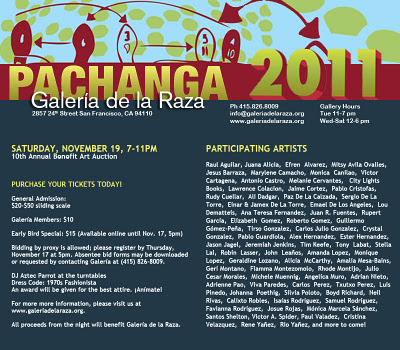 This happens in a couple hours.  I'll have 2pcs up, go check it.
EVENT INFO
FACEBOOK RSVP
Posted by MITSY at 4:38 PM No comments: 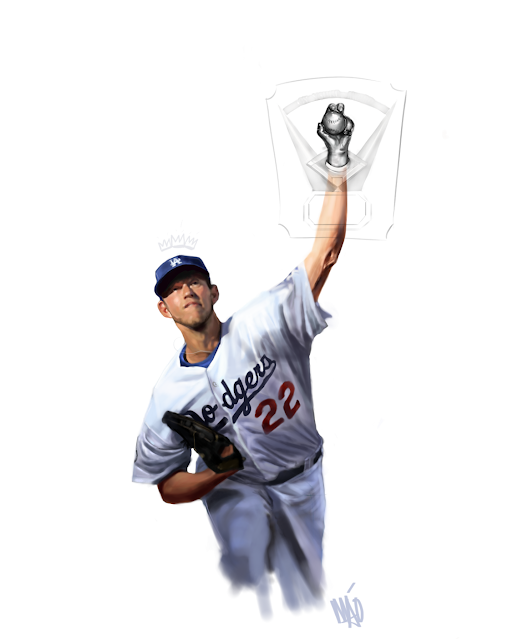 Congratulations niño Clay!  That's what my Mom and I call him.  I love this guy. 23 yrs old,  The youngest Cy Young recipient since Dwight Gooden.  He's amazing!  He racked up a bunch of mantel pieces- Gold Glove, Warren Spahn recipient among other recognitions.  If you look above his head I drew in three little crowns. :) 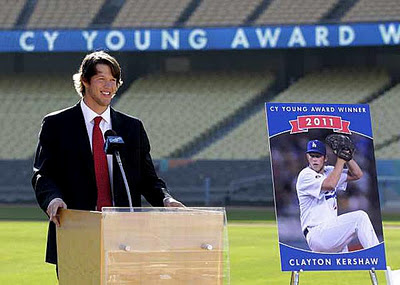 Check out his press conference.  Where he said the following

"I don't really care who I pitch against or what team it is. I will say, the giants are a rival and it's always fun to beat them, no matter what."

and also this re: Matt Kemp :)

"I'm looking forward to Tuesday, I hope they get it right." 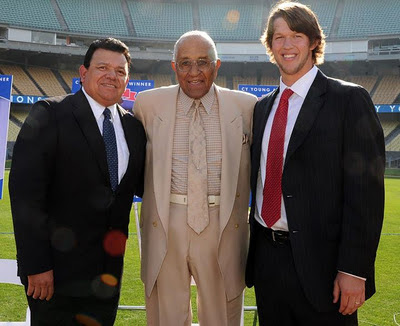 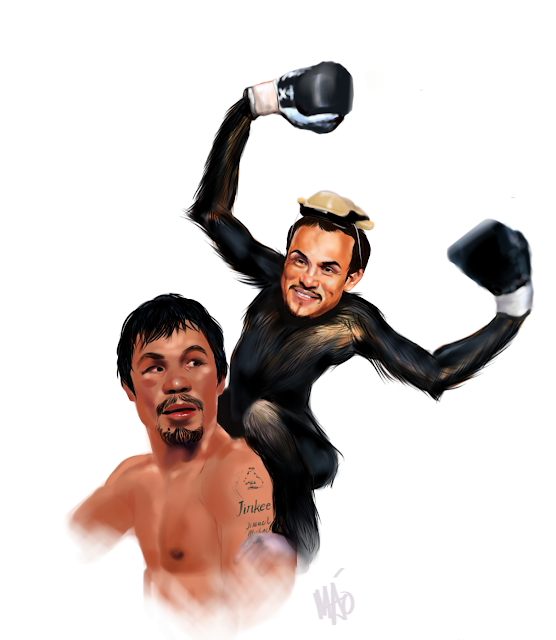 My feelings about Marquez/Pacquiao III can best be expressed through this satirical illustration.
Our crackpot investigative team (my friend Carlos) sent me these opinions (tweets) from some notable sports figures.
@SUPERJUDAH Zab Judah- "Robbery!!!!"
@andreward Andre S.O.G. Ward - "Marquez won this fight, period!!"
@jeanpascalchamp Jean Pascal- "On my card Marquez WON!!!!"
@AmirKingKhan Amir Khan- "Look mayb a good draw or marquez by 1-2 rounds."
@PaulMalignaggi Paulie Malignaggi - "Dont ask me about the fight I will not give you my opinion except that I thought Marquez won #tk!"
@AndreBerto Andre Berto-  "Smh WOW..... Come on u know Top Rank wasn't* gonna let Marquez **** the money up!!! Great fight though"
@RealJoeCalzaghe Joe Calzaghe- "Just watched Marquez v Pacman and have to say thought Marquez was robbed! Thought he won the first 2 fights also!"
@ChrisArreola Chris Arreola- "Marquez won, true champ. Let's see Mayweather-Pacquiao. ****."
@DarrenBarker82 Darren barker - "Just watched the fight Jmm won that in my eyes clearly!"
@andredirrell Andre Dirrell- "I really think so! But its so hard 2 sayRT @serhandayi7: @andredirrell JMM had a great night.....he'll always be a style problem for Pac"
@jcchavezjr1 Julio Cesar Chavez - "Gano marquez hoy. Fue un robo juan manuel gano claramente. esto esto es malo para el boxeo. Saludo a todos"
@SUGARRAYLEONARD Sugar Ray Leonard - "The fight against Manny vs Marquez surprised everyone except Marquez! What a display of mental, spiritual and physical training of a boxer!"
@_FernandoVargas FerozFernandoVargas - "MARQUEZ 8 - 4!!!!!! THEY BETTER NOT ROB MARQUEZ!!!!"
@THEREALBHOP Bernard Hopkins -"@FloydMayweather blow thru @MannyPacquiao easy!!"
@TheArtistPerez Michael Angelo Perez - "If I was #Marquez I'll be holding my head high , cause the whole world know he won. **** what the judges say."
@1Babybull Juan Diaz - "Great fight for the boxung fans but bad decision by the judges"
@ChinoMaidana Marcos Maidana - "Pobre Márquez lo robaron!"
Marvin Hagler - "Disgusting result! #ROBBERY!"
Oscar De La Hoya - "I'm still sitting on my couch in disbelief. Paquiao cannot compete with a counter puncher like Marquez. Juan has the Patience to wait and capitalize on mistakes. I think this shows how superior mayweather is."
Andre Dirrell - "Ok after this fight, I don't know what 2 think! Did JMM just have a good night, or did Pacman put on a great possum show 2 get MW! U TELL ME. GO GET YO GLOVES ON AND COME WHOOP THIS DUDE!!!! PACMAN CAN'T SEE YOU!!!"
Steve Cunningham- "All pro fighters I know ,guys which know what to look 4 in a fight had jmm winning. It's not just entertainment to us its a #lifestyle#"
Anthonydirrell- "If y'all think that they was bout to lose out on 150 million y'all crazy"
Matthew Macklin- "It was close but still wrong...and for it to happen THREE times!!!!!?? WTF!!!"
Terry Norris- "Wow! Thought PAC man would win. But clearly Marquez was robbed again. PAC did NOT win this fight."
Omar Henry- "Wow I just watched Pacquiao get beat and Marquez get robbed!!!! and yes I was one of the people in the crowd booing the robbery!!!!"
Rashad Holloway- "I'm team Pacquiao all day but Marquez won this fight hands down. Sad to see how politics run this sport when fighters work so hard."
Anthony Mundine- "I luv PAC too...but he lost fair & square...but I'm sure he will return stronger...PAC v Marquez 4 #bringit. Actually I change my mind! Marquez deserves the pay day v money!! As he was really the victor! Don't think I wanna see 4. Even tho money."
Erik Morales- "Nos robaroooon y feo. Marquez total reconocimiento es el segundo mexicano que le pone en su madre a pacquiao, gano y gano muy bien felicidadees!" Which translates to English as "They robbed us and it was an ugly robbery too. To Marquez total recognition, he is the second Mexican to beat the sh!t out of Pacquiao, he won and he won nicely. Congratulations!"
Kendall Holt- "If u thought Pacman won or if Marquez needed the 12th to win its clear u don't know ish about this sport."


Peter Manfredo Jr.- "Wow, after watching this, I better not leave it to the judges next week!!!"
Posted by MITSY at 2:24 AM No comments: 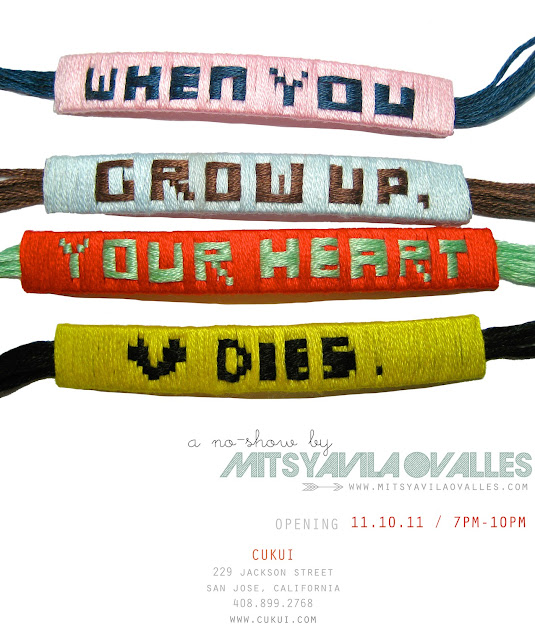 Some old, some new. Little show over in Japantown. Go check it out.

In threes. How saaaad. QEPD