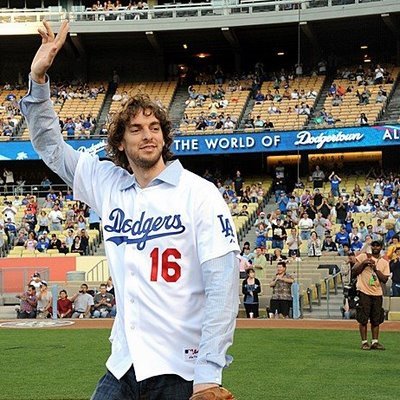 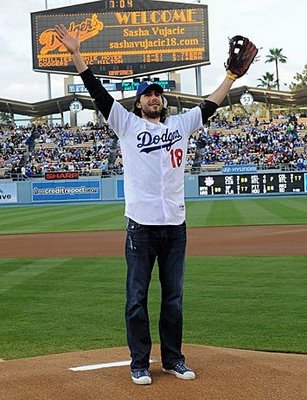 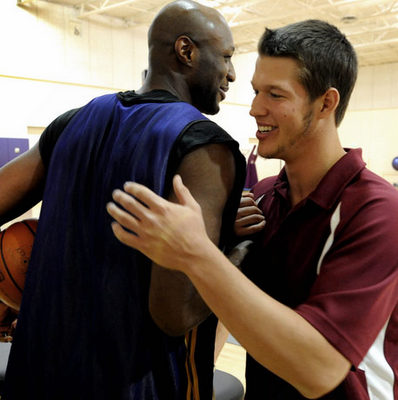 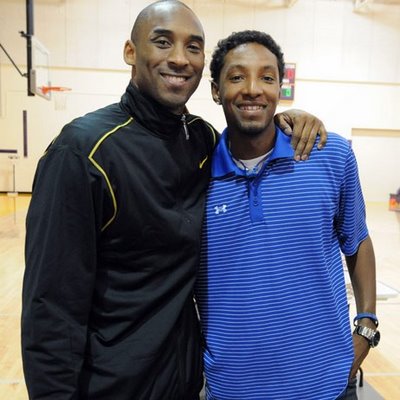 O Dawg's head behind Odom during the playoffs 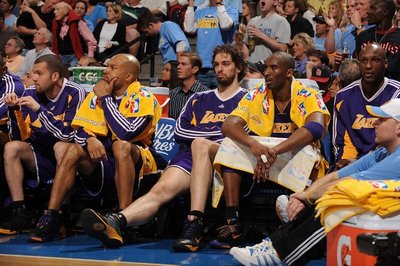 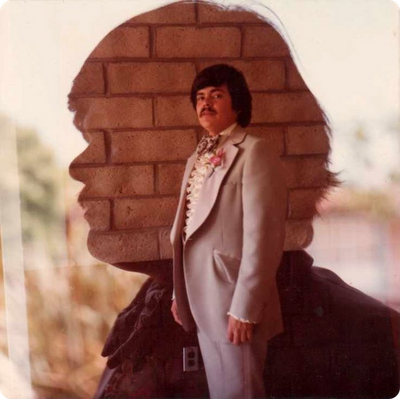 A parade! I get to see a victory parade tomorrow! Not since Shaq's rendition of Rob Base & Easy Rock's It Takes Two and mormon Mark "Mad Dog" Madsen's bilingual declarations of three-peats and "cua-tro" have I been witness to one of those. Yeee!

I almost felt bad after wins throughout the playoffs. I mean, really ABC? Were all the heart breaking stories during halftime necessary? And it's always the opposing team's #1 fans that have the hard luck or inspirational story. In the w.conference finals we had uplifting Nicholas with spina bifida and that touching b-roll footage of his friendship with loveable giant Mutumbo. There was little Ryan, whose love for the Orlando Magic brought him out of his selective mutism. Then belting out the national anthem each night, a darling autistic 7 year old named Gina Marie. At some point, I think I was resigned to the fact that it wouldn't be so bad if LA lost. Stupid, right? Now I just figure, Orlando has Dwight Howard, and those kids are little...they'll see a championship. I'm gonna enjoy it now because looting and keeping Ariza vs Odom is bringing me down.

CAN YOU BUY ME THESE?!

As if I ever need a reason to throw some Teen Wolf & Lil Wayne on this bitch blog. . . (look for the Magic ally oop to tenor Ralph Tresvant)
I'm on the facebook now. I'm already regretting it and not for the obvious reasons. But because everytime I go on there, I'm face-to-screen with this dude. (I can't post the picture, because then he would win) Whhhhy!? Why carne asada neck face guy, even out of my peripheral it's too much. Ughhhh, it's Brujeria's Matando Güeros album cover all over again. How am I their target audience? I've never in my life even taken a sin stick to my mouth. How about a little ingenuity with the adverse-ments instead of faces of death. I'm missing those Truth ads right about now.