THE HUNT FOR BLUE OCTOBER

Yeaaaah!!! Dousing people with alcoholic and homogenized beverages! The Dodgers are NL West division champs, so they get to cut to the front of the line on this post. First something so EPIC... "The Big Blue Wrecking Crew" made up of members of the 81' World series champion Dodgers....Steve Yeager, Rick Monday, Jerry Reuss, Jay Johnstone performing on Solid Gold. Wait for it, or skip ahead to the 3:40 minute mark.

So maybe the Dodgers are not the champions of the WORLD but they are the best of the mediocre division but I don't care none, even this feat looked bleak after that 8 game losing streak at the end of August. There was so much that had to go terribly wrong before it could go right. After sooo many injuries (losing Furcal, HUGE), tanking of Jones, Schmidt playing cheerleader again, Penny's apathy...and then a bright light with the arrival of a veteran 3rd baseman Blake, great rookie surprise DeWitt, and Ethier proving what a gamer he is. It really has been a team effort. Hands down though, THE defining moment of the season... the rental of Manny Ramirez. That put a stop to my continual cursing of Ned Coletti's name. Alright, 3 games left before the anxiety starts up again. Now LA can phone it in against the Giants, much like they did against the D'backs... trying to spoil shit. Shoot. Whatever your faces, who else has Ozomatli and Slim kid Tre singing about their teams? 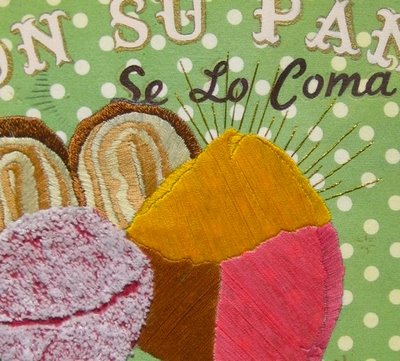 Here's something I drew while scoreboard watching, trying to will that magic number to drop. 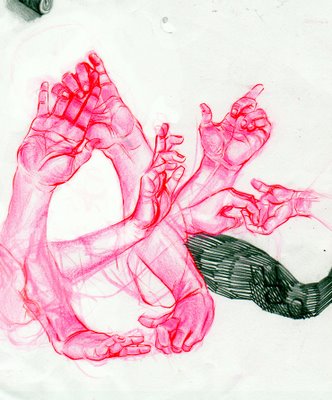 Free stuff through the mail is my most favorite thing ever.

You've probably caught on to my stratagem of leading in with something art related to reel you and then hit you with what ultimately REALLY matters :) - sports or the day-to-day of "Sin Senos No Hay Paraiso". I do feel guilty, sometimes, inundating you, devout readers (party of 3) but you have to take the good with the bad. :) Or get on with it and just scroll scroll.

Later this month, I'll be participating in the Güey Smart project room put on by Tropico de Nopal gallery, as part of the East of Eden exhibition. More details. Look how fun that life-size cardboard Chalino Sanchez looks. 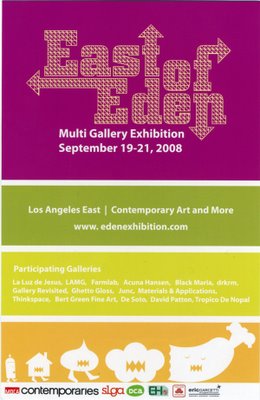 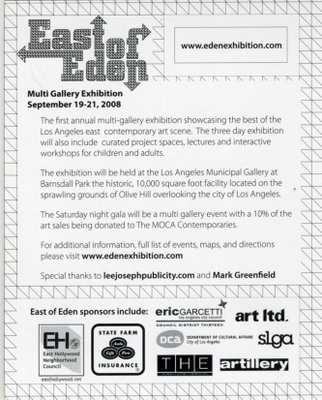 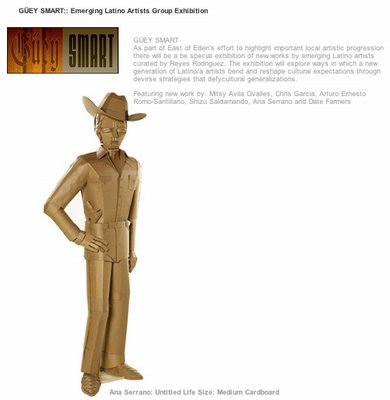 My brother has been thinking all bad ever since his SEASON tickets arrived. You know football season is upon us when he's missing work and walking around with a Raider lanyard holding his ticket around his neck-flashing it in my face. Ughhh. After this video, I think I will have exhausted all my favorite teams' abashing musical debuts. But being just minutes away from the Raiders season opener, I felt it was necessary to share and commit to this season by way of an impromptu internet machine tail gate. Let's begin..

Howie Long was/is hot, flat top and all. Shaaaooo! This next one is just awesome!
And one more thing on the sports front. You know I was sweating the weekend series against the D'backs, especially with the rotation serving up both Haren and Webb. I atttribute this weekend's sweep to the new tradition of playing Journey's "Don't Stop Believin' '" sometime after the 7th inning stretch. Hahah, I think they play it whether we're trailing or not. Anyway, that's the key. Let's hope LA stays on top for longer than 2 days.
Posted by MITSY at 4:30 PM No comments: